A tale of fortune, fraud, ice cream, and murder?

Tom Carvel was the creator of soft serve ice cream and one of the founding fathers of the franchise system in America.  When his ice cream truck suffered a flat tire in New York in 1934, he sold his melting ice cream from a parking lot.  Those humble beginnings led to the first soft-serve ice cream store and eventually grew into the Carvel ice cream chain with 850 locations.  Carvel died in 1990 at age 84, with a fortune conservatively estimated at around $80 million.  The legal fighting started soon thereafter. 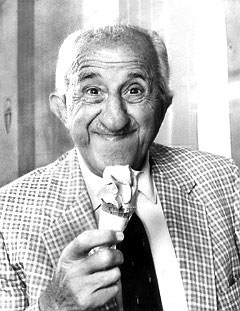 And it hasn't stopped yet.

The battles have passed through federal courts in three states, along with state courts in New York, Florida, Delaware, and even England (not New England ... England!).  Reportedly, legal fees and commissions have already cost the Carvel financial legacy more than $28 million.

On one side was Pamela Carvel, Tom's niece.  She helped Tom's widow, Agnes, through years of court battles until she passed in 1998 at age 89.  In fact, the pair lived together in London -- trying to escape the heartache caused by years of fighting and seeking some peace for Agnes in her final years.

On the other side were two longtime employees of Tom Carvel -- former secretary Mildred Arcadipane and attorney Robert Davis.  At least, they were fighting until they too passed away in (one in 2002 and the other shortly thereafter).