The Steve McNair Estate has been relatively quiet lately, after a fast start with plenty of fireworks.  You can read the Probate Lawyer Blog's prior articles about it here.  But despite the apparent calm, there are still lessons to be learned. 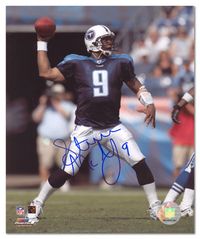 The lawyers for McNair's widow, Mechelle McNair, recently had to file a petition with the Tennessee probate court asking for funds to be released from a frozen trust account to pay taxes.  Ho hum, right?  Not so fast.

How much did she have to withdraw?  A cool $3.72 million -- all for state and federal estate taxes that were due earlier this month.  And that's just the estimated taxes that she has to pay now.  When the final determination of how much she, as the surviving spouse, will receive is calculated, that price tag may increase.  Her attorneys anticipate filing an amended tax return which may include even more money due to the IRS.

Why should this matter to you?  If Steve McNair had done the proper estate planning, he could have avoided all of these estate taxes for his widow.  Through a properly-drafted revocable living trust, his widow would have have avoided the tax bill.  That's right, she would have owed nothing!  (But the kids may still have owed a tax bill after she died in the future, depending on the tax laws in place then). 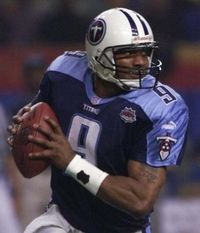 Steve McNair's agent says not to expect an estate fight

In my prior article about the Steve McNair Estate, I explained how the former NFL star apparently died without a will.  I also warned of a possible probate court dispute because his widow did not list his two children from a prior relationship as heirs in the probate court filing.

This raised a huge red flag because, under Tennessee's intestate law, they are entitled to approximately one-third of his assets that pass through probate court.  There was no good reason to omit them from the probate documents unless McNair's widow was considering challenging their right to inherit as legitimate children of the murdered quarterback.

McNair's agent recently addressed these concerns in an interview with the Associated Press carried on ESPN.com.  James "Bus" Cook said that Mechelle McNair (the widow) is not trying to exclude the two older children, but didn't list them because she didn't have proof they were actually his kids.

Cook reported that the proof had later been provided, meaning that she would recognize them as legitimate heirs and they would inherit.  He cited "well-documented legal history in Mississippi" as the source of the proof.  In legal proceedings there, McNair was apparently ordered to provide child support.  Cook notes McNair paid support over and above what was ordered.

Steve McNair died without a will

It's a tragic story all around.  Steve McNair had it all -- fame and fortune from a successful career as an NFL quarterback and a beautiful wife with two kids, as well as two kids from a prior relationship.  He was widely respected for being a fierce competitor who worked hard to get the most of his skills.  In 2003, he became the first African-American quarterback ever to win an NFL most valuable player award. 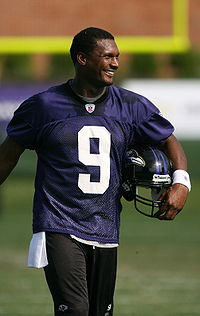 But, McNair's life had a secret, dark side too.  On the Fourth of July of this year, he was shot and killed from four gunshot wounds, in a condominium in Nashville, Tennessee. A young woman, reported to be his girlfriend, was found dead nearby.  The Nashville police consider it to be a murder-suicide.  They believe she killed McNair and then took her own life.   McNair was only 36 years old.

Obviously, McNair's wife and four young children are now forced to come to terms with this terrible tragedy.  To make the situation worse, they won't be allowed to grieve in private and try to move on with their lives.  Instead, it will take them much longer to put this awful situation in the past because McNair wasn't prepared for his untimely death.

The Associated Press reported today that McNair died without a will.  His wife was forced to hire a probate lawyer and file to open the estate this week on an emergency basis, because his estate needs to be administered.  The court filing in a Nashville, Tennessee probate court indicated the value of his estate was not yet known.  The probate judge granted McNair's widow the legal authority to administer the estate.

Continue reading "Steve McNair died without a will" »