How Can Johnny Depp & Lisa Marie Presley Both Be Broke? New Court Fights Explore Who Is To Blame

It's a growing Hollywood trend ... tens of millions of dollars gone?  Sue the guy who handled your finances!  But, legally, who should shoulder the blame -- and more critically, pay the price -- when a celebrity once worth hundreds of millions sees most of it disappear?  And what lessons are there for those of us whose net worth hasn't quite hit eight or nine figures? 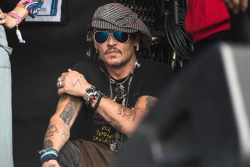 Johnny Depp is the poster child for this dilemma after his reported net-worth of $200 million dwindled to a small fraction of what it once was.  But Depp is far from alone.  This summer, Alyssa Milano filed a $10 million lawsuit against her former business manager claiming financial ruin.  And Lisa Marie Presley recently announced, through her attorney, that she is in the same boat, preparing to sue her former business manager for $100 million in losses.

The Depp lawsuit appears to be the most heated at the moment.  Recently, Depp's former financial managers and advisors added a new lawyer to an already-ugly legal battle by filing to foreclose against two of Depp's houses, including his primary residence.  The lawsuit alleges that when Depp was in deep financial trouble, his financial management company, TMG, came to his rescue with a five million dollar loan.  TMG says it loaned the money on a short-term basis, to pay off another bank loan that was about to come due in late 2012.  Depp agreed to sell off some his assets, including his beloved yacht (which he purchased for $10 million and spent another $8 million renovating) and repay TMG shortly thereafter, according to the lawsuit.

Continue reading "How Can Johnny Depp & Lisa Marie Presley Both Be Broke? New Court Fights Explore Who Is To Blame" »