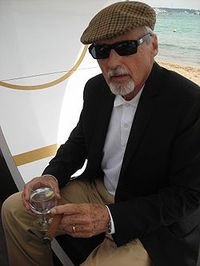 Actor Dennis Hopper, at 73 years of age, is dying from cancer.  To make matters worse, he is battling in a nasty divorce that pits his three adult children, from prior marriages, against his wife, Victoria Duffy-Hopper (she's number five for Hopper, if you're keeping score), over whether she'll inherit anything when he passes.  Here is The Probate Lawyer Blog's prior article on the case. 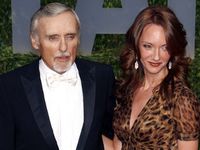 ABC News posted its Top Ten "most hurtful accusations" from the court fight, including:

Dennis Hopper battling his wife; says she's after his will

Dennis Hopper was already fighting against advanced prostate cancer.  Now the 73-year-old actor is turning up the heat in his battle against his wife, 41-year-old Victoria.  He filed for divorce in January, and according to published reports, the key factor is his will.

Victoria is a 25% beneficiary under Hopper's will.  But, in the case of divorce, the couple's prenuptial agreement says that she gets nothing.  And that's the sole motivating factor behind the divorce, according to Victoria.  She blames his three children from a prior marriage and says that Dennis is not making rational decisions, due in large part to the medication he's taking.

In other words, she says it's all about the estate planning.

Continue reading "Dennis Hopper battling his wife; says she's after his will" »