After The Monkees frontman, Davy Jones, died of a heart attack at age 66 on February 29, 2012, his family took the very unusual step of having his will and related probate court documents sealed -- perhaps to shield family disharmony from public view. 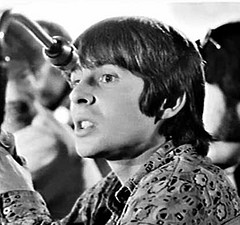 Wills, unlike living trusts, are public court documents and generally available for the public to read.  Because of this, you can find hundreds of celebrity wills online through simple internet searches (and it sure helped us write our book, Trial & Heirs:  Famous Fortune Fights!).

Davy's family, led by his oldest daughter, Talia Jones -- who has been named as the personal representative to administer the Estate -- asked the Judge to seal the file.  The request, according to this gossip website that obtained a copy of it, argued that the court should deny public access to his "planning documents and financial affairs as public opinion could have a material effect on his copyrights, royalties and ongoing goodwill."  The request was granted, without opposition.