Brittany Murphy did update her estate plan, after all

Actress Brittany Murphy died tragically at age 32 a few months ago.  Within a day of her passing, celebrity website TMZ reported that Murphy failed to update her will after her marriage to Simon Monjack, her husband of 2 1/2 years.  Instead, her will left everything to her mother.  The Probate Lawyer Blog's article about it reminded people that updating wills and trusts after important life changes, like a marriage, is very important . . .  even for 32-year olds. 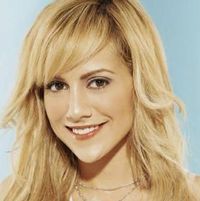 TMZ is now reporting that, according to Monjack, the story wasn't entirely accurate.  While she did have a prior handwritten will naming her mother as her beneficiary, Murphy did update her estate plan after her marriage, complete with a will and trust.  Monjack said he asked Murphy to include a provision stating "I am married to Simon Monjack who I have intentionally left out of this will."

That provision was important because, without it, Monjack may still have inherited some of her assets as a "pretermitted spouse".  By specifically mentioning and disinheriting her husband, Murphy made sure that her estate went to only to her mother.  This language was critical to make sure her wishes were followed (rather than those of the State of California).

Continue reading "Brittany Murphy did update her estate plan, after all" »