Stan Lee Needs Savings, Not By A Superhero, But By A Conservator

The iconic figure whose name is almost synonymous with Marvel Entertainment — perhaps the biggest name today in cinema — needs help. Stan Lee is the subject of three separate lawsuits that allege he is the victim of fraud and elder abuse. And these court filings may simply be the beginning of a much larger battle over his estate and the right to profit from Stan Lee’s name, image, likeness and more. 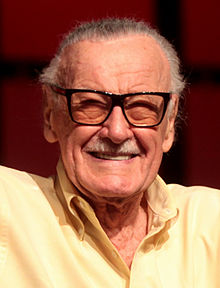 Throughout the lawsuits and surrounding controversy, there is one point that is certain. Stan Lee, now age 95, is susceptible to undue influence. His memory is poor – so bad that a detective’s report noted how he would often forget the name of his closest adviser.  He has macular degeneration, leaving him with vision so faulty that he cannot read or drive. On top of that, Lee’s vision is impaired.  Clearly, he cannot manage his affairs without help from others. In fact, he recently used social media to ask for help because his Facebook and Instagram accounts had been hacked.

Reality presents a much different image of Stan Lee than the comedic appearances he continues to make in Marvel blockbusters, including Infinity War, Black Panther and the latest movie, Ant Man & The Wasp.

Continue reading "Stan Lee Needs Savings, Not By A Superhero, But By A Conservator" »