The moment the lawsuit started, it was ugly.  Sofia Vergara and Nick Loeb have moved well past ugly into uncharted territory in their courtroom battle that addresses views about life itself. 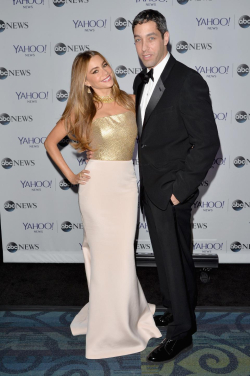 As we wrote after the case began, Vergara and Loeb's disagreement teaches an important lessons for anyone considering IVF or other mean of assisted reproductive technology.  But there's a greater lesson now.  When the courtroom is the backdrop for a relationship of love turned to hate, things can rapidly spiral out of control.

Johnny Depp and Amber Heard provided a good example recently.  But even they -- despite dramatic accusations of spousal abuse, infidelity, blackmail, and more -- found a way to put their differences aside, reach a settlement, and end the fighting.  Vergara and Loeb don't appear to be heading down the same path.

Neither is willing to blink about what should happen to the two frozen embryos that they had created while together as a couple.  At the time, Vergara and Loeb tried to use In Vitro Fertilization to conceive a child.  They split after one failed attempt, before trying for a second time.  Two female embryos were left frozen.