Prince Estate Enters New Fight Over Who Will Inherit His Millions

So much trouble caused by such a simple concept.  When you create a will, you decide who receives your assets after you die.  If you don’t, the laws of the state you live in determine it.  What happens when those laws aren’t too clear?  Chaos.  And the Prince estate is experiencing it in full force. 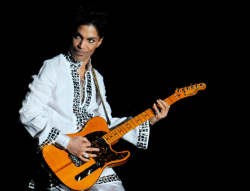 Maybe it’s fitting for the estate of the man who sang, “Let’s Go Crazy.”

Prince’s estate — reported to be worth as much as $300 million dollars before taxes — is tied up in the early stages of a long battle over who really are his heirs.  Still?  Didn’t the judge already resolve that months ago?

Originally, it appeared so.  Dozens of people came forward claiming to be Prince’s son, daughter, or other relative.  The DNA did not support them, and the judge denied their claims.  He determined that Prince’s full sister and five half-siblings all qualified as heirs.  He ordered the other two, a reported niece and grand-niece, to undergo DNA testing as well.