The death of Gene Wilder saddened Willa Wonka fans across the globe — not to mention fans of  Blazin’ Saddles, Young Frankenstein, and many others.  When his family issued a statement saying that Alzheimer’s disease claimed his life, it served as a valuable lesson.  Alzheimer’s disease is a killer.  As Wilder’s family aptly described it, it’s an “illness-pirate.” 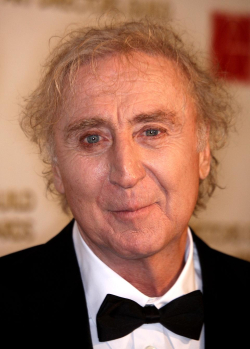 Gene Wilder is far from the first famous actor to fall victim to Alzheimer’s.  Jimmy Stewart, Peter Falk, Charlton Heston, and Rita Hayworth are just a few others.  And of course the disease has attacked celebrities from many different industries, including Hollywood producers like Aaron Spelling, politicians like Ronald Reagan, singers like Etta James and Glen Campbell, and sports celebrities like basketball coach Pat Summitt and ball manager Sparky Anderson.

Sadly, there is no cure for Alzheimer’s disease.  It always leads to death.  While the official cause-of-death for most celebrities who suffered from the disease is usually listed as another affliction, such as a pneumonia or sepsis, Alzheimer’s disease is the real culprit for millions of Americans, causing the brain to decline until the body succumbs.  Gene Wilder’s bout with it is notable because his family attributed his death entirely to Alzheimer’s disease, whereas in most celebrity deaths it is listed only as a contributing factor, if at all.