Mark Zuckerberg And His Charitable Plan Deserve Praise, Not Scorn

As if founding Facebook  and reaching #16 on Forbes’ ranking of the world’s billionaires wasn’t impressive enough, Mark Zuckerberg – along with his wife, Dr. Priscilla Chan — is out to change the world for generations to come.  But not everyone thinks his motives are pure. 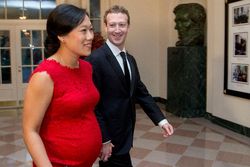 Zuckerberg and Chan announced their decision to transfer 99% of their Facebook stock to a new charitable-based venture called the Chan Zuckerberg Initiative.  This will do this through a new limited liability company, with the stated purpose to “to join people across the world to advance human potential and promote equality for all children in the next generation.”  The stock will be handed over throughout their lifetimes, with no more than one billion dollars in stock gifted or sold annually for the next three years, according to a recent Facebook filing with the SEC.  Zuckerberg and Chan write that the value of the stock, presently, is about $45 billion, but that will likely grow over time considering their youth (Zuckerberg is 31; Chan is 30).

Zuckerberg and Chan believe that they have a “moral responsibility to all children in the next generation.” They point to society’s obligation to help future lives. By explaining their motivations to their newborn daughter, Max, through an open letter for the public to read on Facebook, Zuckerberg and Chan seek to encourage others to follow their charitable lead. Many public figures, like Warren Buffett, Bill and Melinda Gates, and others, quickly applauded the move.

But some questioned Zuckerberg and Chan’s charitable intent or even gone so far as to accuse them of tax evasion.   They claim that the tax benefit of donating appreciated assets, like Facebook stock, in a manner that avoids capital gains taxes on the appreciation harms society rather than benefiting it. They also point to the choice to use a limited liability company rather than a charitable foundation as proof of Mark Zuckerberg’s less-than-noble intent.