The Tragic Life and Death of The Daughter of Zsa Zsa Gabor and Conrad Hilton, Francesca Hilton

Everyone loves a good rags-to-riches tale.  But Francesca Gabor Hilton’s life followed a dramatically different path.  Born to Hollywood star Zsa Zsa Gabor, and founder of the famed Hilton hotel dynasty, Conrad Hilton, Francesca was raised living in mansions, attending celebrity parties, earning blue ribbons in horse-riding competitions, and jet-setting to Rome and Paris, among other fashionable cities.  But her life was not as idyllic as it seemed. 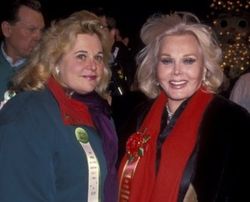 Zsa Zsa Gabor wrote in her autobiography that Francesca was born following a pregnancy that resulted from rape by Conrad Hilton, her husband at the time.  The couple divorced before Francesca was born.  Francesca told the Los Angeles Times in 2007 that she spent Christmases and occasional upscale lunches with her father.  But their relationship was never close. When Conrad died in 1979, he left his only daughter $100,000 out of his estate, with most of the wealth earmarked for charity.  That doesn’t sound too bad, except that Conrad Hilton’s estate was worth about $200 million at the time, including massive Hilton Hotel stock interests.

Continue reading "The Tragic Life and Death of The Daughter of Zsa Zsa Gabor and Conrad Hilton, Francesca Hilton" »