How do you start the dialogue to make sure your loved ones have done their estate planning the right way, without coming off as invasive or even greedy?  At Trial & Heirs, we believe that using celebrity stories are the best way to get the conversation started.  We see celebrities make the same mistakes that everyone else makes -- only the dollar figures are different.

To help with this year's family holiday conversations, we share our Trial & Heirs Top 10 Celebrity Estate Stories of 2014 and how they highlight important lessons for your family.

Tabloids recently reported that some of Swayze's family members believe his will was forged while the late Dirty Dancing star was hospitalized two months before he died.  His will left everything to Swayze's widow and nothing to his mother or siblings.  At this point, the will remains valid, despite the allegations of forgery and incompetency, because no lawsuit was ever filed to challenge it.  Because it has been more than five years since Swayze died, on September 14, 2009, a court case is very unlikely.

Lesson:  Estates and trusts are administered under timelines imposed by the laws of the state of residence of the person who died.  Anyone who feels that there is something wrong with a will, trust, or other estate-planning document should act quickly and talk to an experienced probate litigation attorney, before time runs out.

9. Mick Jagger's Girlfriend -- When L'Wren Scott committed suicide this past March, Jagger was so grief-stricken that the Rolling Stones postponed their tour through Asia and Australia.  Because of this delay, entities affiliated with the bank made a $12.6 million insurance claim.  The claim was denied, and this in turn led to multiple legal proceedings against various London insurance companies.  The dispute was quickly settled after the insurance companies tried to obtain personal information from Scott's family members, including L'Wren's medical and treatment records, texts, and even Twitter and Facebook posts.  Sir Mick took a beating in the media from Scott's family members who blamed him for the lawsuit.

Lesson:  Insurance disputes after a loved one dies are not uncommon, especially when there is a controversy about who should be the beneficiary.  Good estate and financial planning can help avoid these kinds of lawsuits, which can quickly grow expensive, bitter, and even public as the Rolling Stones learned.

8. Tom Clancy -- Eight million dollars is at stake in a new battle brewing between family members of the late author, because his estate planning was unclear.  The dispute centers around who should be responsible for the estate taxes resulting from Clancy's $82 million estate.  Should the widow's share of Clancy's trust pay half of the $16 million IRS bill, or should his children from a prior marriage pay it all?

Lesson:  It is important for trusts to be drafted clearly and without ambiguities, so disputes over what was really intended can be avoided.  This is especially critical in mixed-marriage families, which often pit the spouse against children from a prior marriage.

7. Lou Reed -- The crooner, who died on October 27, 2013, relied only on a will to distribute his $30 million estate.  This allowed the New York media to publish details about Reed's assets, income, and who received what.  Most people with even a small fraction of that wealth prefer to avoid probate court, which is public, time-consuming, expensive, and much more prone to fighting.

Lesson:  A revocable living trust, when used properly, can avoid probate court entirely, keeping the family's affairs private and away from the probate process.

6. Paul Walker -- Walker died from a car crash one year ago, at age 40.  His father filed to open his estate in probate court, revealing that the late actor had a will, trust, and about $25 million in assets.  Walker signed his will in 2001, which was the same year that his first Fast & Furious movie was released and he became famous.

Lesson:  While Walker is to be commended for doing his estate planning at a young age -- highlighting how no one should wait until they are old to do estate planning -- he should not have gone twelve years without updating his documents.  Wills and trusts usually need to be revised after life events, such as the birth of children, changes in the amount of money someone has, marriages, divorces, and more.  Walker's final wishes at age 40 may have been different than what they were when he signed his will at age 28.

5. Mickey Rooney -- The late child actor cast a national spotlight on the growing epidemic of elder abuse before he passed away at age 93 earlier this year.  Because of exploitation by his wife's family members, Rooney died almost penniless.  Still, this didn't stop his family from fighting in court.  With no money to battle over, they instead fought about where he should be buried.

Lesson:  It's not only wealthy estates that lead to family fights after someone dies.  Many families spend most or all of an estate's value paying lawyers to battle in probate court.  The best way to prevent this from happening is with good estate planning.

4. Philip Seymour Hoffman -- The former Oscar winner disregarded the advice of his legal  and financial advisers, deciding not to create a trust because he did not want to have "trust fund kids".  He instead left everything to the mother of his children, trusting that she would take care of the money for the kids.  Unfortunately his planning left a huge estate tax bill, based on his reported estate value of $34 million.  This could have been minimized or even avoided altogether with proper estate planning, including a revocable living trust.

Lesson:  Trusts don't have to create "trust fund kids."  Instead, creative estate planning lawyers drafts trusts to meet almost any goal, including avoiding the incentive for trust beneficiaries to become lazy, such as by requiring them to reach a certain age, avoid drugs and alcohol, or even earning a specified income level before they inherit.  Hoffman could have better protected his family and his financial legacy, without allowing his children to become spoiled.

3. Robin Williams -- Public records reveal that the late, great comic actor left behind multiple trusts to benefit his heirs, along with an additional trust dating from the time of his most recent divorce.  These trusts, along with the fact that no probate estate was filed, suggest that Robin Williams did the proper estate planning to protect his loved ones.  While there were concerns after he died that Williams had been in financial distress, real estate owned by his trusts appears to have more than $20 million in equity, along with whatever royalties, investments, etc., remain.  Because Williams used trusts the right way, details about his finances may forever remain private.

Lesson:  After Robin Williams' death, it was revealed that he had Parkinson's and Lewy Body Dementia.  Yet he created his trusts years ago, before he became sick.  Everyone should follow his lesson and do the proper estate planning before a life-threatening illness or condition arises.  When wills, trusts, or other estate planning documents are signed after someone becomes gravely sick -- especially when some type of dementia is involved -- families often fight over whether the documents are valid.  Williams' family apparently won't have to worry about that concern, because of his foresight. 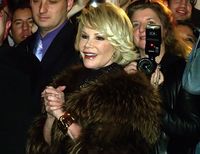 2. Joan Rivers -- There are not many people who live to age 81, but still are said to have died too soon.  Joan Rivers was certainly one of them.  She was far more active and vibrant than her age suggested she would be.  Melissa Rivers hired a law firm to investigate what happened in the operating room that caused her early death.  Sadly, that's often the only way to get answers when a loved one's death results from what appears to be negligence or medical malpractice.  At least Melissa had one less problem to deal with:  because of Joan Rivers' smart estate planning, including proper end-of-life documents, Melissa was able to terminate life support and allow her mother to die with dignity, consistent with Joan's written wishes.

Lesson:  Wills and trusts are not the only important estate planning documents.  Powers of attorney, living wills, and other end-of-life documents are also critical, for everyone.  If Joan Rivers did not have the right documents in place before tragedy struck, Melissa Rivers would have been forced to go to court to make her mother's final decisions. 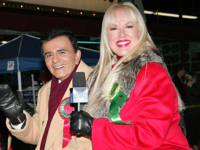 1. Casey Kasem -- The American Top 40 DJ died this past June, yet his body still has not been buried almost six months later due to a family fight.  The family sparred over his care and the right to visit him, before he died, and are now fighting over what should happen to his body ... and whether it should be buried in Norway.  Soon, they will be fighting over who should receive his two million dollar life insurance policy.  Kasem's children from a prior marriage accuse his widow of causing his death, so they will ask a court to disinherit Jean Kasem under California's slayer statute -- which prohibits a person from killing someone and then inheriting.

Lesson:  This family estate fight has already set a new standard for bitterness, but so far no family member has gone to court seeking money ... yet.  It highlights how nasty estate battles can be when emotions take over.  Because emotions often drive these disputes, no family is immune, no matter how much (or how little) money is involved.