Chicago businessman Urooj Khan jumped for joy when he learned he had the winning numbers for a million-dollar lottery drawing last summer.  Too bad he never had a chance to enjoy it.  He was murdered days before he was going to receive the $425,000 lump-sum, after-tax winnings. 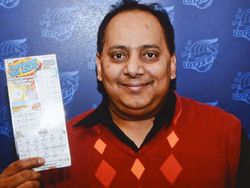 Originally, the 46-year-old's death was ruled natural, due to hardening of the arteries.  Later a family member -- unidentified so far -- raised suspicions with the police that led to testing blood and tissue samples.  The results came back positive for cyanide.  Police reclassified the death as a homicide.

Khan's body was recently exhumed, several months after he was originally buried, so more testing could be done to help police learn more about his cause of death.  So far, they haven't named a suspect.  However, Khan's brother isn't waiting for the police to do so.  He's already spoken out.

When Will Britney Spears Be Free Of Conservatorship?

The Britney Spears conservatorship saga has nearly reached its fifth year anniversary.  We all remember her shaved head, public meltdowns, and wild paparazzi photographs.  Her career, her relationship with her children, and even her life were all spinning dangerously out of control. 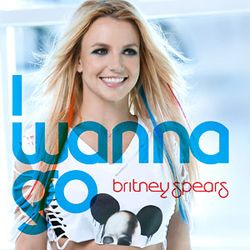 Compare that to her life now, five years later.  Thirty-one-year-old Britney looks a great deal different from twenty-six-year-old Britney.  She was just paid $15 million for one season’s work as a judge on the X Factor.  Was she the best judge around?  That’s debatable.  There were reports that Simon Cowell wouldn’t have her back for another season, but it was Britney’s decision to leave X-Factor.

Either way, there’s no debate that Britney seemed … well, very normal.  She was mature, composed, even graceful at times. She mentored teenage singers.  She held herself together and gave constructive feedback.  Britney was reportedly re-energized by the experience and is ready to start releasing new music and touring again.

What thirty-one-year-old Britney doesn’t look like is someone who is legally incompetent, unable to make decisions about her own life.

Continue reading "When Will Britney Spears Be Free Of Conservatorship?" »

Jenni Rivera was a singer-songwriter, actress and Telemundo TV star who died tragically on December 9, 2012 in a plane crash in Mexico.  While well-known to fans of Latino music and Mexican TV, Rivera appeared poised to breakthrough to mainstream America due to a new TV show she was set to star in for ABC. 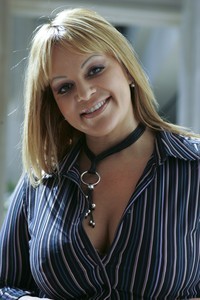 The 43-year old Rivera lived a turbulent life.  She had her first child at age 15 and then married the father.  They had two more children together, but it was a marriage of abuse and molestation.  After the divorce, Rivera’s first husband was convicted and sentenced to 30 years in jail for child molestation.

Rivera married twice more and had two more children from her second marriage.  Her third marriage, to professional baseball player Esteban Loaiza, also was ending.  The couple filed for divorce on October 1, 2012, citing irreconcilable differences.   There was a report that Rivera and her eldest daughter had been fighting because the daughter had an affair with Loaiza, but it’s a report that the daughter strenuously refuted.