Are You Better Prepared Than Abraham Lincoln Was?

Less than four weeks since its release, the movie Lincoln already has earned nearly $84 million at the box office.  Chronicling Abraham Lincoln’s historic efforts to abolish slavery, the movie has garnered widespread critical and audience appeal. 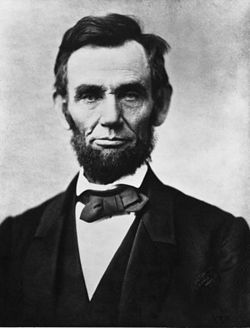 At Trial & Heirs, however, we can’t help but think of another aspect of Abraham Lincoln’s life … he is one of the most notable examples of someone dying without a will.  This got us thinking, and digging. What did happen to Lincoln’s estate after he died?

According to a series of bulletins issued from the Abraham Lincoln Association, his family was understandably overcome with grief.  By noon on the day he died, April 15, 1865, Lincoln’s oldest son, Robert, sent a telegram to Justice David Davis of the United States Supreme Court.  Davis was a close friend of Lincoln and Robert considered Davis to be a “second father,” according to a letter Robert wrote years later.  The telegram said, “Please come at once to Washington to take charge of my father’s affairs.  Answer.”

Continue reading "Are You Better Prepared Than Abraham Lincoln Was?" »