Home Archives Profile Subscribe
Mysteries Surround the $400 Estate of Huguette Clark
Another Lawsuit Brewing Because Martin Luther King, Jr., Died Without A Will 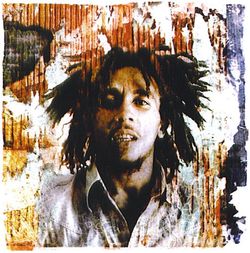 These lyrics from Marley’s song, Guiltiness, from the famed Exodus album are particularly appropriate:

These are the big fish
Who always try to eat down the small fish,
Just the small fish.
I tell you what: they would do anything
To materialize their every wish.

Indeed, fish are at the heart of this legal dispute.  One of the primary targets is Booker’s effort to trademark the term “Mama Marley” for use in marketing a series of good and services.  What goods and services?  The lawsuit identifies them as being, “fish; fish and chips; fish cakes; fish croquettes; fish fillets; fish mousse; fish sausages …”  Well, you get the idea (not that we have any idea of what a “fish sausage” is).

This fishy family fight is only the most recent in a very long list of legal battles involving Marley’s wife and children, as they aggressively control commercial uses of Marley’s image, name, lyrics, and almost everything else associated with the man who rose humbly from very-poor roots in Jamaica to be one of the most well-respected musicians of all time.

Marley was said to be worth about $30 million when he died.  He was far from naive about his finances, having set up a number of corporations to manage his assets.  The problem was that Bob Marley never had a will, even though he knew he was dying of cancer for at least a year before he passed.

Why not?  Reportedly, Marley’s Rastafarian faith prohibited him from recognizing his mortality, and therefore, from creating a will.  That meant his assets would pass under Jamaican intestate law when he died.

Those laws were not as favorable to his widow, Rita Marley, and some would have liked.  Under Jamaican laws, she stood to receive 10% of his assets, plus the use of another 45% throughout her life.  The balance would pass onto his numerous children (about 11, although that number is subject to some debate).  Several of the kids were born to Rita, but others were not.

A pair of Marley’s closest advisors — his attorney and his accountant — decided to help craft an estate plan after Marley died.  There’s a big problem with this approach … there is no legal way to accomplish this.

Instead of allowing the assets to pass under Jamaican law, the duo convinced Marley’s widow, Rita Marley, to forge his name to a series of documents, and predate them to before he died.  This was done to transfer control of the large majority of Marley’s corporate holdings, along with much of his royalty rights and money, to herself.

One of Marley’s former managers uncovered the scheme, which led to a series of long legal battles.  In the end, the attorney and accountant were found guilty of a RICO conspiracy (meaning an illegal and criminal organization), fraud, and other wrongdoing, to the tune of about $6 million.  Rita Marley eventually confessed to the scheme and said she merely acted on the attorney’s advice.  She was removed from control of the estate as one of the administrators.

So why is Rita Marley able to fight with Marley’s brother after her role in this fraudulent scheme?  In the early 90′s, the Jamaican Supreme Court determined that the exclusive right to use Marley’s name, likeness and image for commercial purposes would pass onto his heirs.  So she and all of Marley’s children did indeed end up with the rights to profit from — and sue  to stop others from profiting from — Bob Marley’s name, likeness and image.

Which gets us back to the fishy feud.  Does this right extend not only to the name “Bob Marley”, but “Mama Marley” as well?  The lawsuit claims that the family uses the Marley name for restaurant services, food and beverages, hotel and spa services, and of course, music, entertainment and merchandise.  They don’t want Marley’s brother to do anything that might interfere with their commercial endeavors.

Before this new lawsuit, there have been dozens of other lawsuits involving the use of the Bob Marley image, name and lyrics.   Apparently, there have been too many fish swimming around the Marley pond for comfort.

Is this the legacy that Bob Marley would have wanted?  We don’t know. Maybe he would have approved of his wife and children suing others to stop them from profiting from his hard work.  Or maybe, he would have wanted all that he built over his career to benefit as many people as possible.  He did, after all, believe in the Rastafarian notions of equality and rejection of the modern western world due to the corruption.

In the end, it wasn’t up to Marley though, because he didn’t create a will. This simple fact opened his estate to the corruption — by his former attorney and accountant — and years of expensive lawsuits and related legal proceedings.  It also meant that Bob Marley had no say over who managed his estate or legacy after he died.

It’s a good lesson for everyone.  Too many people suffer from poor or non-existent estate planning.  Studies show that as many as two-thirds of adult Americans don’t even have a will.  With the lack of good estate planning, the chances of a family fight over inheritances are dramatically increased.

For Marley, not doing estate planning was a conscious choice.  For many others, it’s one of avoidance, procrastination, and naïveté.

Stories like this one serve as compelling reminders why estate planning is important for everyone with assets, of any amount.  Estate fights are not limited to the wealthy and elite — far from it.

But it’s stories of the celebrity estate errors and the dramatic fights they cause that can help you convince others to not make the same mistakes.