The second richest woman in the world, Liliane Bettencourt, has been declared mentally unfit to manage her affairs by a Judge in France a few days ago.  The decision grants control of her financial affairs to her only child, daughter Francoise Bettencourt-Meyers, and grandsons Jean-Victor and Nicolas.  Bettencourt-Meyers has been fighting for years to protect her 88-year old mother, who has been victim to financial exploitation to the tune of more than one billion dollars, according to an earlier lawsuit. 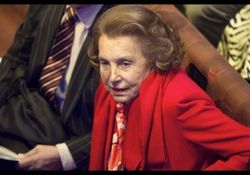 Bettencourt suffers from “mixed dementia” and “moderately severe” Alzheimer’s disease, according to a medical report relied on by the Judge in making her decision.  Her mental decline sparked a family court fight.  It began three years ago when Bettencourt-Meyers started a lawsuit to protect her mother from photographer Francois-Marie Banier, who she claimed had charmed the elder Bettencourt out of assets worth almost one billion euros (about 1.4 billion dollars).  She also named Banier as sole heir in a new will and as beneficiary to vast life insurance policies.

Al Davis, the long-time principal owner and general manager of the Oakland Raiders, passed away this weekend at age 82. As this article on Forbes points out, estate taxes are a huge concern for NFL football owners, including the Davis family.  Those taxes led to the sale of the St. Louis Rams in 2008 and the Miami Dolphins in the mid-90′s. For those who pass away this year, the tax tops out at 35% for those with the highest level of assets, like Davis.  Too bad the Davis family wasn’t as lucky as the Steinbrenner family, which avoided the taxes altogether, since 2010 was the one year there were no estate taxes.

The day after Davis passed away, NBC Sports already reported from “a source with knowledge of the situation” that Davis used thorough estate and succession planning to protect his beloved Oakland Raiders from leaving the family.  Reportedly, his widow, Carol, and his son, Mark Davis, will take over control of the team.  The San Francisco Chronicle wrote a similar report Saturday night, quoting team chief executive, Amy Trask.

Steve Jobs Appears To Have Protected His Estate With Living Trusts

Soon after the tragic news broke of the passing of Steve Jobs, Apple co-founder and innovator extraordinaire, people began wondering what would become of his fortune.  Forbes recently estimated Jobs’ wealth at $7 billion.

ABCNews.com recently interviewed Danielle Mayoras on this very topic.  It reported how Jobs, the largest single shareholder of Disney (which of course owns ABC News), has received $242 million in Disney stock dividends alone, since 2006.  How much is his Disney stock worth?  $4.4 billion, for 138 million shares, good for 7.4 percent of the total Disney stock.

As Danielle pointed out in the interview, usually people with that much wealth do the proper estate planning, including using living trusts, charitable bequests, and more.  Not only does this keep their affairs private, it can help minimize estate taxes.  Topping out at 35%, the current estate tax laws — while much lower than in years past — will obviously take a big bite out of Jobs’ family fortune.  That comes out to almost $2.45 billion in taxes, if Jobs did not do the proper planning. 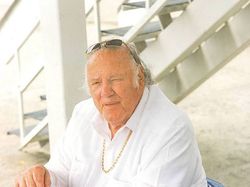