Famed R&B/Blues/Jazz singer Etta James, a Rock & Roll Hall of Fame member whose biggest hit was At Last, now suffers from advanced dementia (likely Alzheimer's disease) and leukemia.  According to her doctor, she can't sign her own name and needs help even with basic life functions like eating, dressing and hygiene.  Etta is only 72 years old. 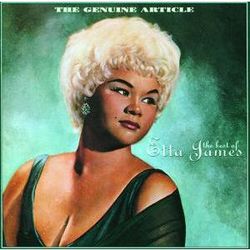 To make matters worse, her mental incapacity has sparked a family squabble that has led to a lawsuit.  Her husband of 41 years, Artis Mills, filed a court proceeding to take control of about one million dollars of bank accounts in Etta's sole name.  Mills says he needs to money to pay for her care and keep her at home, rather than in a nursing home.  In most states, this would be done through a conservatorship proceeding (called "guardianship of the estate" in some states).

Since California is a community-property state, and because Mills is the spouse, his lawyer instead opted to file a separate lawsuit which asks for Etta's money to be declared to be community property and to permit Mills to move the cash to a joint account with his name on it.

Will of John Edwards' wife revealed

Elizabeth Edwards, the estranged wife of former Vice-President Candidate John Edwards, passed away from cancer on December 7, 2010 at the age of 61.  A mere 6 days before she died, Elizabeth created a new will ... one that didn't mention her husband, even once. 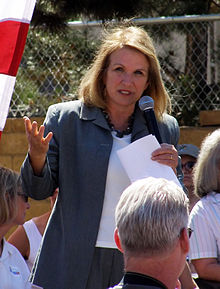 Many media reports about this will say that John was cut out completely and Elizabeth left everything to her children.  This isn't entirely true.

In reality, Elizabeth left everything except her personal property to a revocable living trust she created, the Anania Edwards Trust ("Anania" was her maiden name).  Because trusts, unlike wills, are private documents, we don't know for certain who the beneficiaries of her trust are.

The Author who Played with Fire

Swedish author Stieg Larsson never lived to see his creations gain worldwide success.  He died suddenly of a heart attack at the age of 50 in 2004, before his first novel, The Girl With the Dragon Tattoo, was published.  His three novels -- which comprise the Millennium trilogy -- have sold 50 million copies worldwide.  The Swedish movies based on the books have also been very popular, including the second installment, The Girl Who Played With Fire, which was released in the U.S. in 2010. 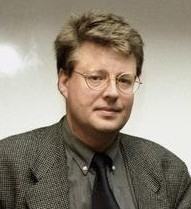 In fact, U.S.A. Today recently named Larsson as its 2010 Author of the Year.

Larsson was never married and had no children.  He also didn't have a will.  So his brother and father have been the ones to manage -- and of course profit from -- his now very-wealthy estate.

But, there is some drama to this story.  While not married, Larsson did leave behind a sambo.  What's a sambo?  It's a Swedish term for a live-in partner, like a common-law wife.  Larsson's sambo, Eva Gabrielsson, was his live-in girlfriend for 32 years.  They shared an apartment together, and many other things, including a laptop.

Continue reading "The Author who Played with Fire" »