This may shape up as an estate mess for the ages.  For some reason, problems like this seem to follow musicians:  Ray Charles, James Brown, Jimi Hendrix . . . the list goes on.  I've already written many articles about the legacy problems that these and other musicians have left behind.

So it should come as no surprise that the Estate of the King of Pop will follow the same course of wacko-ness.  It's been only four days since Michael Jackson suddenly died, at the age of 50, on June 25, 2009.  Already, we have a preview of several likely legal challenges. 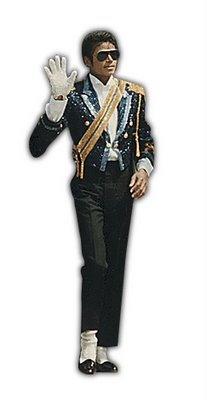 First, and foremost, there's the question of who will serve as guardian for his three young children.  Courts first look to a person's will to answer the question of who should serve this crucial role when the parent dies young.  But that only holds true when the second parents dies.  In this case, the mother of two of the three children, Deborah Rowe, is still alive.  Normally, there wouldn't even be a question; if one parent still lives, that parent gets custody.

But Rowe signed off on her parental rights, as part of a divorce settlement, years ago.  But it seems that her rights may not have been legally ended.  In 2003, she petitioned to have her rights restored, after one of the child molestation charges against Jackson, and a court of appeals ruled in her favor.  She and Jackson then settled in 2006, with the terms being kept confidential (but undoubtedly involving a large sum of money).

Now, Rowe has reportedly vowed to fight for custody, telling friends that as their mother, the kids need her.  And to complicate the matter further, because Rowe is mother to just two of the children, the children could be split apart if she prevails.

The battle over the wishes of Nina Wang, Asia's richest woman before she died, has been taking center stage in the Hong Kong courts for several weeks.  The probate trial is reaching its high point with the testimony of Feng Shui adviser Tony Chan. 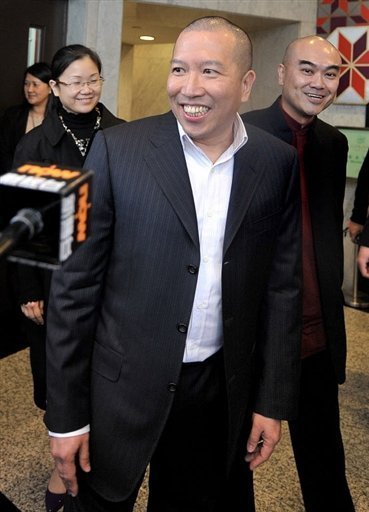 He contends Wang's 2006 will left him everything -- some $13 billion dollars.  Wang's prior will gave her estate to charity and family members.  Their lawyers contend Chan is not only lying, but is guilty of fraud, forgery, undue influence and taking advantage of a woman almost 20 years older than he.  My previous article about the will contest trial details the allegations, as well the early fireworks when the trial started.

But those were just the appetizers.  Tony Chan has taken the stand to plead his case for the riches.  He said he met Wang on March 12, 1992 at a luncheon, where she asked for his help locating her husband.  Wang's husband, Teddy Wang had been missing since being kidnapped in 1990.

The eyes of New York -- and much of the rest of the world -- have been closely watching the will contest trial over Brooke Astor's last wishes.  But, unlike most will contests, this one has much more at stake than who will inherit Brooke Astor's millions.  Her son and her former lawyer are criminally charged with forgery, fraud, grand larceny, possession of stolen property and falsifying business records, among other crimes.  Prosecutors allege they conspired to convince Astor to change her will to redirect some 60 million dollars from charities to her only son Marshall.

Brooke Astor was considered the Queen of New York society until she died at the age of 105 on August 13, 2007.  She left behind an estate and trust with a combined value 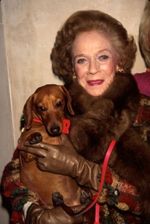 estimated at almost 200 million dollars, but only after devoting much of her life to charity.  Her motto was "Money is like manure; it's not worth a thing unless it's spread around."  The New York Times called her the First Lady of Philanthropy.

It was no surprise that her last will (number 31 in her lifetime) in 2002 left much of her vast wealth to charity.  But prosecutors are more interested in the changes to her will -- called codicils -- that began in December, 2003.  The first codicil (which is not challenged by prosecutors) was prepared by Astor's long-time estate planning attorney, Henry Christensen III.  It did not change who received what -- but did give Marshall the authority to decide which charities were to benefit.

In my Michigan probate litigation practice, I see many instances of scams and exploitation of seniors.  I've been working on a new case involving a "pure trust".  Normally, I'm all in favor of trusts.  That is, legitimate trusts, such as the revocable living trusts that most reputable estate planning attorneys use.

Any trusts offered by a company rather than a lawyer should questioned right off the bat.  For example, I previously posted an article about "trust kits" and why they are dangerous.  Pure trusts, sometimes known as "common law trusts" or "constitutional trusts", are even worse.

Since the early 1990's, unscrupulous companies have been peddling these documents to help people place assets into what they describe as separate legal entities that are outside of the jurisdiction of the United States.  Why would that interest people?  Taxes.  You transfer your assets into these pure trusts, the sales pitch goes, and boom -- no more taxes!

Sound too good to be true?  It is.  The IRS has been cracking down on pure trust companies, such as Commonwealth Trust Company, prosecuting everyone involved for tax evasion and fraud.  Many of those involved (at least the ones who could be found) have received lengthy jail sentences.

Companies like this prey on the seniors and other vulnerable, trusting adults with seminars and other sales efforts that sound legitimate.  They promise that there is legal precedence that pure trusts work.  Many unsuspecting elderly adults, and others, plop down thousands, transfer their investments, and then stop paying taxes.  And yes, customers have been prosecuted, convicted and sentenced, along with principals.

And if the risk of jail time wasn't enough, there's more.  Those who invest money into these products lose control.  That means their money can be placed into shady offshore investments -- or even worse, outright stolen. 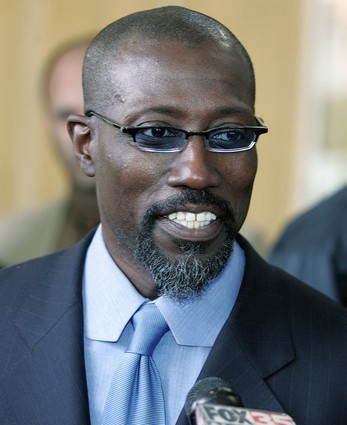 And seniors are a prime target because they considered easier to dupe.

So how exactly does Wesley Snipes fit into all this?  It seems he was a big proponent of pure trusts.  The IRS alleged he intentionally failed to file tax returns and committed fraud.  While Snipes proclaimed his innocence, the federal government had evidence he hosted a seminars for companies that sold these and tried to convince others to become their clients and stop paying taxes.

Snipes was tried by a jury in 2008.  He was found guilty of three counts of  failing to file tax returns and pay taxes.  He was sentenced to 36 months in jail (the maximum sentence) and ordered to pay restitution in the amount of $17 million, plus interest and penalties.

Massachusetts artist Mary Kass lived in a modest house in Provincetown.  Few realized that the unassuming Kass owned an extraordinary art collection with works by Matisse, Renoir and Picasso.  In fact, her Estate is said to be worth at least 40 million dollars and as much as 60 million.  She died at age 78 on March 12, 2009.

Divorced and without children, Kass left a will and trust leaving her assets to charity, friends, and a niece and nephew.  She bequeathed her art collection to the National Gallery of Art in Washington.

But the niece and nephew, Catherine Mason and Thomas Berger, weren't satisfied with receiving one million dollars each.  They alleged that Kass' friend and caregiver, Elizabeth Villari, exercised undue influence to convince Kass to leave her valuable property and name her as co-trustee of her vast estate and trust.  They are asking the probate court to set aside her 2004 will and trust, claiming that Villari took advantage of dementia and convinced Kass to change her mind.  Her 1992 will left nothing to Villari, the museum or any charities.

In early March, I wrote this article about how one of the granddaughters of famed media mogul William Randolph Hearst -- she of the 2.1 billion dollar net worth -- was fighting family members who felt she was no longer competent to manage her affairs.  They were worried she was being exploited and taken advantage of because she kept give people large checks (in the six-figure range).

Phoebe Hearst Cooke went through multiple attorneys trying to prove she could manage her own affairs.  Meanwhile, a court-appointed guardian handled her finances, selling some of her prized horses and cattle, which upset Cooke.

A few days ago, the court was scheduled to hold a trial to determine if she was truly competent or not.  Interestingly, the family requested that the hearing be closed to the public to keep the details from being sorted out in front of the media.  The judge denied the request.

My prior posts about the Peter Falk conservatorship case describe how his wife, Shera, and adopted daughter, Catherine, were fighting over the right to make his decisions due to his Alzheimer's disease and dementia. 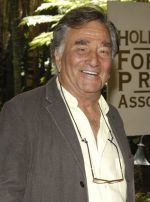 The judge previously stated that he was going to side with Shera, but he wanted a hearing about Catherine's relationship with her father, to see if Shera should be ordered to allow visitations.  Shera (who is not Catherine's mother) said that Catherine didn't visit before, when Peter was fully competent, so why should she be permitted to visit now?