After years of feuding, and months of waiting since reaching a deal, the Godfather of Soul's family and beneficiaries finally have put the will and trust contest lawsuit to rest.  My article about the lawsuit and the tentative settlement is here.

The settlement, reached in January, seemed to resolve a dispute about whether Brown's marriage to Tomi Rae Hynie Brown was legitimate (her prior marriage may not have been legally ended before she married Brown) and whether Hynie's son, James Brown II was really his son.  Brown's will and trust left nothing to them -- but he hadn't updated them since his marriage to Hynie.   Why didn't he update his estate plan during the five years of his marriage before he died on Christmas Day, 2006?  We'll never know, but the law assumes his omission was accidental.

The settlement gave about one-quarter of his total estate and trust assets to Hynie and her son, another quarter to his six adult children, and one-half to charity (through his charitable trust).  The probate judge in South Carolina presiding over the estate initially refused to approve the settlement, wanting more information and concerned about whether it was fair enough to the charitable beneficiaries.

There's no denying the greatness of Martin Luther King, Jr.  Seldom has someone's legacy been preserved so pristinely -- and so privately.  His family has aggressively pursued anyone who used his name or likeness without permission.  There have been no authorized books telling the real story of his life.  No movies have been made with the full tale of his struggles and triumphs, revealing the details that only his family have. 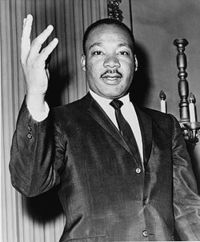 All that may be about to change.  Or is it?

Dexter King, one of three living children, is the executor of the Martin Luther King, Jr. Estate.  Last year, he negotiated a $1.4 million book deal with Penguin Group.  This year, he authorized a deal with Steven Spielburg's DreamWorks Studio for a full feature length film.  Both seek to finally reveal to the public the true story chronicling King's life and legacy.

But Dexter King's two siblings, Martin Luther King III and Bernice King, may put a stop to it all.  They sued Dexter last year, alleging that he breached his fiduciary duty and refused to communicate with them and share financial records they are entitled to receive.  They even claim he misappropriated estate assets.  That case has been pending since July and is still unresolved.

The Hauser family in Minnesota has strong religious beliefs.  In fact, the parents feel so feverishly about natural healing methods favored by Native Americans, they refuse to allow their 13 year-old son to receive chemotherapy to treat his Hodgkin's lymphoma.

Doctors say that, with the treatment, his chances of survival are around 90%.  Without it, he has a 95% of dying.

The family believes that their son, Daniel, can make up his own mind.  In their church, he's considered an elder and a medicine man.  He wants to follow his mother's procedure, instead of chemotherapy, by "starving" the tumor with natural healing methods, including herbs, vitamins, and ionized water.  The family feels that chemotherapy will poison his body and that it amounts to torture.

Daniel's court-appointed guardian advocates for the conventional treatment.  He feels that Daniel's parents haven't given him the true picture of his illness; consequently, Daniel believes he is not very sick.  He cannot read, and is only considered to be a medicine man and elder in his church because all members are given those titles.

I posted a blog article about the Nina Wang case several weeks ago, describing the dispute over the estate of Asia's richest woman.  The case pits the heirs of her prior will (a charity and family members) against the beneficiary of her most recent will, her feng shui master who said he was her secret lover. 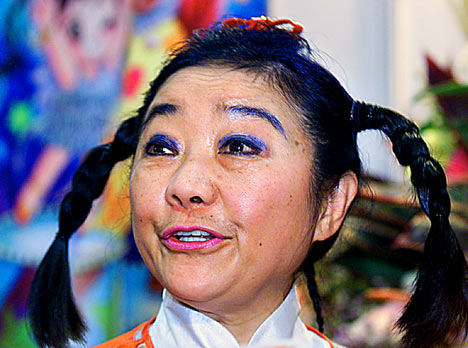 The trial started this week, and is expected to last for 8 weeks.  A few new details have already come to light.  First, the charity's probate attorney contends that the recent will was a forgery, and that Nina Wang was too ill from cancer to sign her name in 2006.

Second, the feng shui master -- who claims Nina Wang left all her money to him out of love -- was married during there secret love affair (that was previously reported to have lasted 14 years).

The chief editor of www.Newsplink.com and I collaborated on an article discussing some of the latest celebrity estate and probate-related feuds.  The article includes:

The battles in the Britney Spears Conservatorship case, highlighted by the attorney who compared Britney's situation to a Soviet forced labor camp, before a restraining order was entered against him for three years. 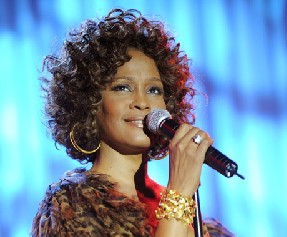 The Whitney Houston life insurance court case, through which Whitney lashed back at her step-mother (who sued Whitney) by detailing how the "custodial care services worker" met Whitney's father cleaning his house and then moved in with him despite their 40-year age difference and the fact Whitney's father was married at the time.

The Marlon Brando Estate, which has been involved in 26 different lawsuits

, including claims of sexual harassment, fraud, forgery, undue influence and abuse -- not to mention bringing to light Brando's paranoia that was so severe at the end of his life, he wanted his bedroom padlocked when he died so no one would steal the buttons off his shirt.

And the Grandaddy of all estate battles  -- Anna Nicole Smith -- who fought the son of her late 90-year old husband over his fortune worth hundreds of millions, up to the United States Supreme Court, only to have her own estate embroiled in litigation when she died.

You can read the complete Celebrity Money Battles article here.

Whitney Houston fires back at stepmother in court

In a prior blog post, I discussed the lawsuit by Whitney Houston's step-mother against her.  Barbara Houston sued Whitney trying to recover life insurance proceeds left to Whitney by her father.  Barbara claimed the insurance was supposed to pay off a mortgage on her house that Whitney held.  Barbara argued Whitney failed to turn over the money or release the mortgage. 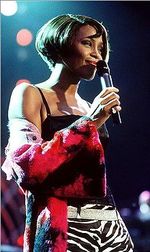 Court records at the time showed that the parties were negotiating to try to settle.  Apparently those efforts filed.  In fact, Whitney not only defended the claims filed by Barbara, but she counter-sued as well.

Whitney claims that she lent her father lots of money, and even paid him as an employee.  Whitney says the insurance was paid to her to repay other sums of money, not the mortgage.  In fact, Whitney's counter-suit demands repayment of the mortgage, with interest, for a sum of more than 1.6 million dollars.

But what is most interesting about this case isn't the suit or counter-suit; rather it's the way Whitney chose to air her grievances against her "step-mother" in a public lawsuit.  Her counterclaim includes the following statements:

Continue reading "Whitney Houston fires back at stepmother in court" »