Undue Influence case for the dogs

Leona Helmsley apparently wasn't the only one.  The late Judge Earl Morgan of Lincoln County, Nebraska, enjoyed a successful career as an attorney and judge.  He left an estate worth $3.2 million, not to mention two surviving children, 11 grandchildren and 18 great-grandchildren. 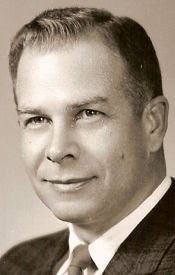 To the great surprise of those children, Morgan's will wasn't of the normal variety.  He did leave $100,000 to each of his kids, as well as the use of his money for the rest of their lives for support, maintenance, medical expenses, and more.  But here's the kicker -- once they died, instead of passing the money onto grandchildren, it all went to a local humane society called Paws-itive Partners.  Here's the local paper article about the case.

His children were not amused.  They challenged the will saying Morgan wasn't competent when he signed it, two years before he died, at age 87.  As is often the case in will challenges, the family's probate litigation attorney also brought an undue influence claim.  In other words, they felt Morgan's free will was overcome by a representative of the humane society, who tricked, coerced or otherwise improperly influenced his decision to make the new will, they alleged.

The human society, of course, disagreed.  Its employees were all very surprised at the large bequest and denied wrongdoing.  Nonetheless, the Paws-itive Partner's lawyer entered into settlement negotiations.  Recently, they reached a settlement which was approved by the probate judge.

The charity walked away with $600,000 cash.  Yes, it'll buy a lot less dog treats than $3.2 million, but the good news for the dogs in need is that the money gets paid immediately, rather than what's left after the two children of Monroe pass.  No one knows how much they would have spent, or how much would have been left, when the funds finally passed to the humane society.  This way, the charity can put the money to good use right away.

This case illustrates what everyone involved in a will contest should keep in mind.  Sometimes settlement really is the best option.  Litigation costs money, and everyone needs to make a business decision and set emotions aside.  Easier said than done, but that's where good probate litigation attorneys can make a big difference.