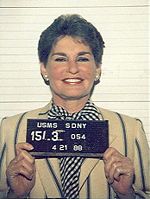 Luckily for the needy people of this world, Helmsley's trust included enough language that the judge ruled the trustees could exercise discretion and use the money for other charitable purposes, dogs and non-dogs alike.  You can read the judge's decision and the New York Times' article about it.

This does raise interesting issues about respecting a person's wishes.  Helmsley truly did want to help dogs, and now it is completely up to her trustees how much to benefit dogs or not.  Conceivably, they could use all the money for people, and ignore Helmsley's directive to care for dogs altogether.  It was her money after all, and if she wanted to benefit dogs with it, shouldn't she have that right?

It would have been really interesting if Helmsley's trust had instructed that the money could only be used for dogs.  Hopefully, her trustees will use the money wisely and help both people and dogs in need.

This story also has a lesson.  When you create a will or trust, make sure your wishes and instructions are very clear.  If you want your trustee or executor to follow strict instructions, your will or trust needs to say so.  If you include discretionary language, then it may give the person you choose to administer your affairs the power to spend your money in ways you may not have liked.

Some attorneys use boilerplate language that may give your trustee or executor more discretion than you'd want.  Read your documents carefully, and make sure you discuss with your estate planning attorney how much freedom to make choices you wish to include.